One of the most controversial methods of drug testing is alcohol urine testing. It is the most commonly used test and is federally mandated as the method of drug testing that should be used. It has lower maintenance costs but it is said to have less effectiveness. There are some benefits and drawbacks to using urine testing as is the case with other drug testing methods. It can detect several drugs at one time but it is easily tampered with. The controversy surrounding this method gets bigger and bigger every day. There are pros and cons to the use of urine testing and most people are unaware of them. It may be important for them to get acquainted with the issue so that they understand the process a little bit more.

It is an easy, inexpensive way to perform drug testing. It also provides reliable results. The urine test can detect abuse of up to twelve drugs at one time. This method can detect tetrahydrocannabinol, cocaine, morphine, amphetamines, heroin, benzodiazepines, hydromorphone, propoxyphene, codeine, methadone, barbiturates and also alcohol. All of these drugs are very common for abuse in the United States. Knowing this, it seems like the most effective choice to use.


The drawback of alcohol urine testing that has most people worried is how invasive it is. And, because it cannot be done under reliable supervision, there is the chance of tampering. It is possible to tamper by drinking an excess of water or using chlorine bleach, liquid drain cleaner or white vinegar. There are several products on the market today which can allow for tampering of a urine test and this type of testing cannot detect immediate drug abuse. The drug would have to already be entered into the system.

Although there are drawbacks along with the benefits, it is the most used method of drug testing in the United States. Alcohol urine testing is quick, easy, and effective which gives it its edge. But, it is important to keep in mind that it can be easily tampered with. Products on the market like bleach and vinegar can be used to change the outcome of the urine test. The pros and cons are both out there for all to know but, because of its inexpensiveness, alcohol urine testing is still the most popular method out there. It is important, however, to keep in mind all of the drawbacks so that each company will be prepared for the outcome. 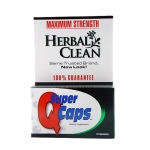