Can a drug test detect gender? Is it really possible? Well, there has been a debate surfacing the internet regarding the drug testing methods being used and what can be detected.

The modern testing methods are far more advanced and play a significant role in detecting drugs in people’s systems. So, to the question can a urine drug test detect gender, the answer is yes. It can detect gender. Therefore, before you try to fool your employer, keep this fact in mind. However, gender-based drug tests are more expensive, so the companies might not indulge in such procedures.

The only thing is that if the company is strict with its ‘no-drug’ policy, they can go to any extent to get things sorted, even if it includes firing a couple of employees for tampering the urine drug test with the urine of the opposite sex.

This is the reason why we have created this post to help you understand how the urine drug test works and how it can detect gender. 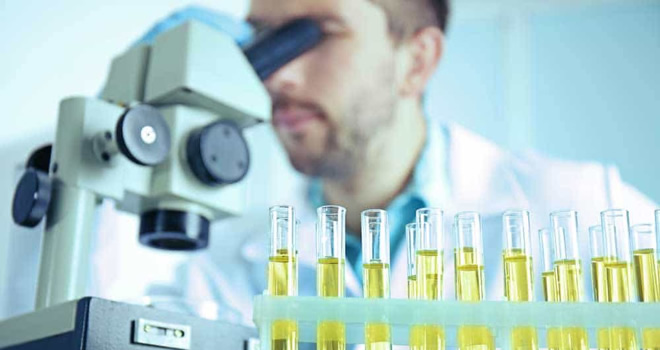 Urine drug tests are conducted to determine the presence of certain drugs in an individual’s system. This practice was initially used by pharmaceutical companies for evaluating the potency of drugs before releasing them to the public.

However, several companies and organizations across the globe have adopted this practice to know the illegal and legal drugs their employees take at workplace or before hiring them. Companies are vigilant with these urine tests because hiring someone who is a drug addict can cause troubles to their business in the long run.

Hence, you need to be cautious when going for an interview because you can always expect drug testing before getting a job.

Is There a Difference between Male and Female Urine?

Any professional drug tester can easily distinguish between male and female urine. For starters, female urine contains the human chorionic gonadotropin hormone, which women produce during pregnancy. Thanks to this hormone, they can also conduct pregnancy tests at home.

Apart from this hormone, female urine also contains traces of red blood cells. This is especially when the female is going through her periods. All this helps in determining the sex of the individual.

When we talk about men, they have a higher muscle mass than women. This means that males produce higher levels of creatinine, which can be detected in their urine samples. On the other hand, traces of sperm or residual pre-ejaculate could be found in the male urine samples.

In simple terms, the presence of reproductive cells, blood, sex hormones, and pH, all can help in determining the gender of an individual without any hassle.

Do Labs Test for a Gender?

Until the employer or sample collector requests it, the lab will not test your sample for a gender!

Except the actual drug test, labs can perform the adulteration tests on samples, but these tests normally do not include any tests intended to detect the gender of the donor. In order to detect dilution or adulteration, the samples are tested for several physical and chemical characteristics such as specific gravity, pH and creatinine levels, as well as for the presence of the most common known adulterants such as hydrogen peroxide, bleach, pyridinium chlorochromate (PCC), nitrite, glutaraldehyde and various oxidants. None of these tests indicate gender of the donor. Gender tests may be performed only if the sample collector or another lab worker suspected you of a sample substitution. This, however, may happen only if your behaviour was suspicious.

There are several measures taken by the employees to pass the urine drug test, and swapping their urine with the urine of the opposite sex is one of them. Some even bring synthetic urine samples (which are also detectable) to deceive the lab tests. But, if the lab technician is smart enough to spot the difference, your career is over, at least for some time.

Can a Man Use Female Urine or Woman Use Male Urine for a Drug Test?

The truth to be told, people are using urine samples of the opposite sex for some time now and easily pass the drug test. Well, the urine of females and males is the same to the naked eye. You can’t tell the difference between the two. You won’t be able to differentiate both by color, either.

So, as a man, you can use the urine sample of a woman for a drug test. It has its own consequences. Earlier, people were asked to bring their samples from home from the morning urine. Nowadays, lab technicians and doctors are smart enough to know that one can easily swap the samples. So, today, you have to take the sample at the premise.

Thus, if and only if you are able to swap your urine sample from the one you brought from home without the invigilators spotting you, you can pass the urine drug test. However, the lab technicians are always vigilant with this process and they will supervise you when you are placing the sample in the container.

Moreover, during the test, if the doctor sees even the slightest of difference or any irregularity with your urine sample, they will proceed for a gender-based test. As said before, some of the elements found in both male and female urine samples are totally different. So, it is easy to distinguish between the two.

So, if you are lucky enough and the employer doesn’t order a gender-based test, you can easily get away with the urine sample provided by the opposite sex.