Can Eating Cannabis Seeds Make You Fail a Drug Test?

There is a significant majority of Americans who only purchase organic foods, and of all the things they buy, hemp seeds are the most popular one. A visit to the local food store would show you a wide range of products having cannabis seeds. People love adding them to their favorite meals, shakes, and more, because they help in fulfilling the nutritional requirements of those who are allergic to soy. But, the question is: can eating these seeds make you fail a drug test? Let’s find out! 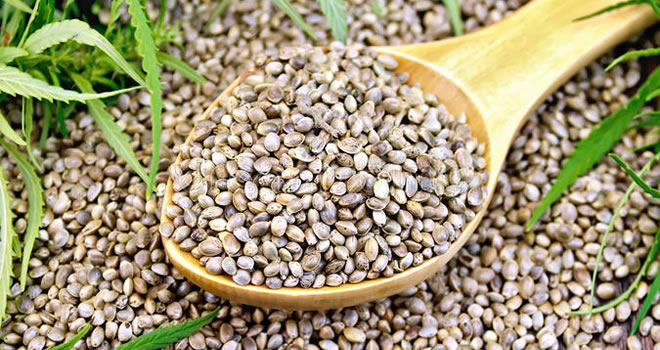 Why You Should Eat Marijuana Seeds

The reasons behind the popularity of marijuana seeds lies in the fact that there are several health benefits associated with it. You should consider eating marijuana seeds for the given reasons:

The Omega fatty acids are an important component for keeping the body healthy. However, you need to have it from outside sources because your body doesn’t produce it. Marijuana seeds have an abundant amount of Omega 3 and 6 fatty acids in them.

These acids make cannabis seeds useful for your heart, because they lead to a reduction in blood pressure and lower the risks of blood clot formed due to stroke. They also helps in improving the overall functions of the heart.

Before getting into the details of whether or not cannabis seeds can make you fail the drug test, let’s get to know about the seeds at first. Usually they are divided into three main groups: regular, feminized, and autoflowering marijuana seeds. When, however, we speak about drug testing, we distinguish two broad categories, namely the fiber type and the drug type.

Fiber type: The fiber type seeds are mainly from hemp, wich is a strain with low THC content, that is used in the industry. Generally, the fiber type plants have less than 0.3 percent of THC in them, which is not enough to induce the feelings of ‘high’ as expected.

Drug type: This type of seeds is basically any strain that you smoke to get high. As you can well guess, these plants have much more than 0.3 percent THC in them. Actually, some of them have up to 30%.

How Much THC Do Seeds Contain?

As said before, the drug type seeds are known to have a significantly higher level of THC compared to the fiber seeds. A University of Mississippi study found that the delta-9 THC component was 35.6-124 microg/g and 0-12 microg/g for drug type and fiber type seeds, respectively.

However, a majority of the THC was located right on the seed’s surface. A simple washing with chloroform can remove more than ninety percent of the total THC component. When the drug type seeds are washed, they have less than 10 microg/g of THC.

When the testa and the kernel were separated, it was noted that a majority of the delta-9 THC component was present on the outside of the testa. The kernels of fiber and drug type seeds had less than 0.5 and 2 microg THC per gram, respectively.

Thus, it is clear that the differences in the THC component in various replicas of the similar kinds of seeds is the result of a certain level of contamination from outside the seeds. Obviously, it is a pollen from the flowers, also known as kief, that sticks to the seeds. Clean seeds of both types contain very little THC.

Will Fiber-Type Hemp Seeds Make You Fail a Drug Test?

Hemp plant is the source of hemp seeds, and the plant is cultivated mainly for its fibers and seeds. Now, on the question of whether eating fiber-type hemp seeds can make you high or not, the answer is a big no. The hemp plants, which are known as non-psychoactive, have very low levels of THC. Their seeds cannot make users feel high after consumption.

Eating the fiber type hemp seeds will also never make you fail any drug test, unlike the poppy seeds that have trace amounts of opiates and can make someone fail drug tests. This is why lab staff at the place where you get tested might ask you if you have eaten a muffin or a poppy seed bagel before coming in. However, the same thing does not happen in case of hemp seeds. Eating these seeds does not affect the THC levels in a person’s body to such an extent that he/she can fail a drug test.

Will Drug Type Seeds Make You Fail a Drug Test?

As mentioned earlier, the raw drug type cannabis seeds are known to have a high level of THC on their surface, as it all gets contaminated from outside. So, eating those dirty, raw seeds can definitely make you fail the drug test. After all, 35.6-124 microg/g of delta-9 THC component that the raw seeds have is enough to produce positive result.

However, since the cleaning can bring down the delta-9 THC levels by 10 microg/g, they become almost the same as fiber-type hemp seeds, which have around 0-12 microg/g. If the cannabis seeds you eat are not sticky, they are most likely washed, therefore safe to eat and cannot make you fail a drug test.

And, now you have a fair idea on how you can have cannabis seeds and still pass the drug test. It’s just that you will have to stay away from the raw drug type seeds, and rely more on the fiber type seeds to get all the benefits of cannabis, minus the high.

So, how about getting some good hemp seeds today from the market, and trying your hand at a few new recipes?