Can Employers Still Drug Test in States Where Marijuana Is Legal? 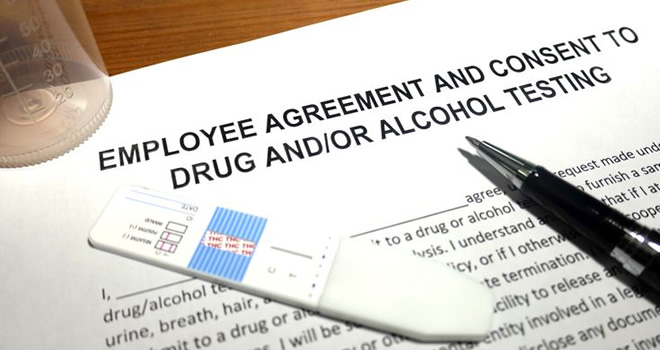 There is currently no law that precludes an employer from conducting a drug test in all the states where marijuana is legal for use. The issue is not only with the use of marijuana on workplace, but off-work also, considering that THC remains in the bloodstream for a long time.

Whether or not your employer can conduct a drug test and take consequential steps still depends on the state. It also depends on whether you are using for medical or recreational purposes. Most states allow for registration as a medical marijuana card holder by people who have severe health conditions.

It is important to understand that the law in these states does not indicate that your employer cannot call for a drug test. No law expressly prohibits an employee from conducting a drug test. What differs is the effect of such drug test. This is largely dependent on the state, and whether the drug was used for recreational or medical purposes.

Legality of Drug Testing Based on Use

In states such as Illinois, Delaware, Massachusetts and Arizona, employers can conduct a drug test, however, they cannot fire you if you test positive for marijuana as a medical marijuana cardholder.

Note that marijuana still remains illegal under the federal law, nothing stops employers in these states from conducting a drug test. They can also take the necessary actions in compliance with federal requirements.

In states such as Massachusetts, Oregon, Washington and Alaska, marijuana can be used legally for recreational purposes. The legalization of marijuana use for recreational purposes has no effect on the ability of the employers to carry out drug tests. In essence, employers in these states can still maintain their zero tolerance drug policies. Consequently, it does not stop them from firing an employee for off-duty use of marijuana.

Thus, it is safe to say that all employees including Federal, state as well as private ones can be made to undergo a drug test. As established by the Supreme Court in the case of Skinner v. Railway Labor Executives’ Association, drug testing is not an infringement of employee’s privacy. The court noted that drug tests may be necessary for the protection of the safety and health of others.

Position of Drug Testing  Based on States Laws

None of the States stipulate that employers cannot conduct drug tests. They only provide for anti-discrimination protection based on the results of these tests. Thus in the following states an employee who tests positive cannot be fired if he is a medical marijuana cardholder.

However, some states have no explicit provision regarding drug testing of employees. In essence, the laws on employees’ protection with regards to marijuana use are silent in the following states:

Further, some states have provisions that are unclear about drug testing. If you live in such jurisdictions, it is advisable to consult a legal practitioner to understand your position as an employee from the legal perspective. The states include:

Employers in most states include undergoing a drug test as a condition for the first time employment. This is regardless of whether or not there is any justification to the fact that the prospective employee is a drug user. There is no law that precludes an employee from doing that, and so the practice is illegal. However, such a test has to be carried out on all employees and not just a single employee.

There are, however, some states that limit the operation of drug testing as a condition to employment. One of such states is California where a prospective employee can only be subjected to a drug test where he has been offered employment. The employment is then made conditional upon passing the drug test. In some other jurisdictions, employers are merely required to indicate in the job postings that prospective candidates would be required to undergo a drug test.

Note that you have the right to refuse a drug test as a prospective employee. The employer may however refuse to hire you based on this.

Drug Testing Based on Reasonable Suspicion

In conclusion, nothing still stops employers from conducting drug tests in any state. Basically, what varies from one state to the other is the action which the employer can take for off-work drug use. This, however, does not extend to employees who are under the influence of marijuana during their work hours.