Can You Refuse a Drug Test?

With over a million patients currently in the US and the number growing each day, medical marijuana becomes a treatment that is helping the lives of the people that need it. Multiple sclerosis, spinal cord disease, arthritis, epilepsy, and insomnia are some of the common issues for which medical marijuana is prescribed, but there is a long list of other symptoms for which qualified physicians are offering medical marijuana as the go-to form of treatment. However, a medical marijuana prescription does not automatically exempt you from the drug testing. At some point, you may be asked to take a test, which you have no chance to pass. Can you refuse a drug test legally? And what are the possible consequences of such an action? 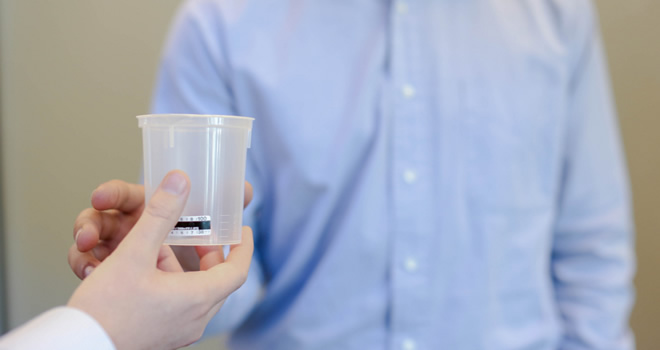 Why Is This Important?

While it is becoming more widely used and accepted as a valid form of medical treatment, there is still a large stigma attached to the drug. Recently Amazon has been in the news due to their firing of an employee due to the use of medical marijuana.

So why was he fired?

Who Is Most Likely to Refuse a Drug Test?

According to the Society for Human Resources Management drug testing in the workplace is prevalent with estimates stating that up to 57% of the workforce have been asked to undergo a drug test. These issues seem to be worse for workers in blue-collar fields because of the next reasons:

This also explains why blue-collar workers are the largest group among those who refuse drug tests.

What Are the Legal Grounds for Refusal?

So what happens when the company you work for decides they require you to complete a drug test for whatever reason they deem fit? Legally speaking employers have the right to ask their employees to complete a drug test. No employer in any state is currently required to accommodate any employee who is working under the influence of marijuana, though there are increasing numbers of corporations who will accept it being found in your system providing you have the accompanying medical certificate for its use.

Despite medical marijuana being legalized in most states, it still remains illegal under federal law. Every state has different laws and regulations regarding what happens when a drug test comes back as positive. There is still a lot of uncertainty behind what will happen if you fail a drug test, with one example of strict punishment being found in the case of Brandon Coats.

Coats was a quadriplegic who used medical marijuana while not at work to deal with his condition. The Colorado Supreme Court ruled that even though state law allowed the use of medical marijuana, due to marijuana being illegal under federal law the company was entitled to fire Coats for testing positive. This outcome isn’t always what should be expected, however.

Take for example the case of Carol M Whitmire that was held in Arizona. In this case, the courts found in favor of the employee being wrongfully terminated after she was found with marijuana in her system. So you might wonder why the differences in findings between these two similar cases, so do we.

In both Arizona and Colorado, the use of medical marijuana is legal, however, there remains a discrepancy in the punishments you are likely to receive if you test positive for it. What happens if you fail a drug test at work still remains unclear, which can be a great cause of concern for those whom this might affect.

What Does Refuse Mean?

So what happens if you are asked to partake in a drug test at work, but refuse to do so? You are well within your legal rights to do this, however, refusing to take the test can be seen to be the same as taking the test and being found positive. A refusal to take the test is often treated the same way as a positive result would be treated—the employer is entitled to refuse you a job offer or to dismiss you from your post for refusal to test.

Again though, the laws on asking an employee to take a drug test differ from state to state. In states like California, it is only admissible to request an employee take a drug test after a job offer has been sent based on the condition that the test is passed. In other states, it is required for employers to clearly state in the job posting that a drug test will be administered.

What Are the Consequences?

For those who refuse their tests, there is again a stark lack of consistency in what happens to them. In some cases, workplace suspension is the norm, while in other cases outright dismissal is what is awaiting the individuals who have refused their tests. With all of these comes a certain amount of stigma which is attached, it purveys not just throughout their working lives but can transcend into personal lives too, causing tension in relationships outside of work.

The fact that you are allowed to refuse a drug test is clear, however, the consequences for doing so can in some cases be severe. There is currently a lot of uncertainty surrounding the laws governing what happens with an employee who fails a drug test. For many of these individuals, they are already struggling to cope with their medical conditions, hence why they have turned to medical marijuana to get relief. With the current state of affairs though, that relief may soon be gone should they be asked to complete a drug’s test at work or when going for work. This is America, the land of the free! Unless we are talking about what we can do to our own bodies, in our own private time, in which case we aren’t really all that free at all.