Goldenseal is a herb that belongs to the buttercup family. Its roots have been used for centuries in home remedies to manage a range of medical conditions, including the common cold. Did you know that goldenseal is also one of the most common natural remedies believed to help you pass a drug test for THC, the main psychoactive component of marijuana?

In this article we will find out whether it is a myth of fact. 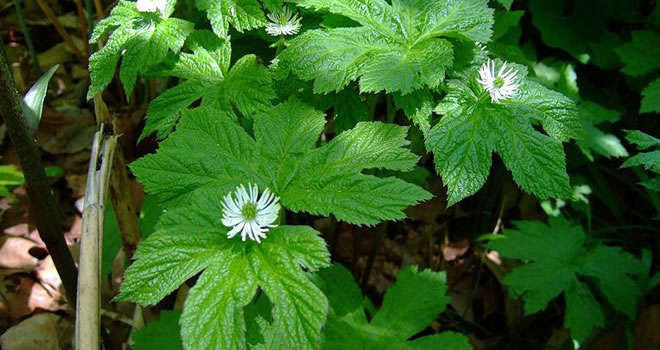 Goldenseal has been used as a home medicine for centuries. It is trusted by many for its treatment of respiratory infections, urinary tract infections, stomach pain, digestive disorders, and so much more. It has an anti-inflammatory effect on mucous tissue and is also a well-known diuretic, which does wonders for anyone wanting to cleanse the body of toxins.

The power of goldenseal is in its thick, yellow root which is ground up into a powder and then added to syrup mixtures or tablets for quick relief of common medical conditions. The main active ingredient of this incredible herb is berberine, which plays a crucial role in stopping bacteria from sticking to urinary tract walls.

It's this same "anti-stick" property that is believed to prevent marijuana metabolites from being stored for longer than necessary in the passages of your urinary tract.

From current studies and the centuries of everyday medicinal use, there is no evidence that goldenseal is harmful to adults. Minor complaints after use by some users include colic-like symptoms or general discomfort in the abdominal area.

As with any herb, there is a chance that some people may be sensitive to goldenseal. Those who are allergic to the herb will develop a typical allergic reaction, such as a skin rash. You should take less than the recommended dose when using the products for the first time to test whether your body agrees with the active ingredients or not. Stop the use of goldenseal immediately if you experience any adverse reaction.

Some tests have indicated a possibility that goldenseal may affect the developing brain of a fetus or newborn baby. It is, therefore, advisable to avoid this herb for pregnant or breastfeeding ladies.

How goldenseal method is supposed to work

Those who believe in this method claim that a marijuana user has to take 3 to 4 teaspoons of goldenseal powder every day before a drug test. This is an average measure and can differ from person to person depending on body mass and metabolism.

Important detail is to take it in different forms to maximize the absorption levels and increase the effectiveness of the herb on blood, saliva, and urine tests simultaneously. Available forms of goldenseal products include tablets/capsules, a tincture, and a tea.

Some people might believe that using fresh goldenseal root is more potent and therefore more effective than using goldenseal products. Science does not support or disprove this theory.

Recommended measures, which must be started at least one week before drug testing, include:

It is also required to drink as much water as possible while using goldenseal method. More water means more urine and a higher rate of excreting the marijuana metabolites that are no longer able to hang around in the urinary tract.

Fake goldenseal products that are diluted with cheap filler-ingredients like starch are believed to be threat of this method. Only the correct amount of original goldenseal root from a reputable seller is promised to ensure the required result.

Where does this belief come from?

The idea that this herb can help avoid positive result in drug test became popular when the chemist John Uri Lloyd published his novel, "Springtown on the Pike" in 1901. In the story, the writer describes how the regular use of goldenseal led a false-positive test for the poison strychnine in the novel's murder victim.

The book is a fictional story, but it did start a widespread belief about goldenseal's supposed effects on drug-test results. Today, many marijuana users trust that this herb ensures clear test results because it can flush marijuana and its metabolites from the body in record time.

No. There is no science behind this myth and no evidence that goldenseal can help you mask your drug use. Existing evidence shows that marijuana users who drank large amounts of water without using goldenseal had the same drug test results as those who drank the same amount of water and used a goldenseal method. The herb made no difference.

Do not bet your drug test results on this popular yellow root!

In any form, goldenseal is just a diuretic, which effect is similar to other diuretics. It helps urinate frequently and thus temporarily cleanses the urine by making it diluted. But it definitely does not impact specifically THC or other drug metabolites.

When John Uri Lloyd mentioned goldenseal altering a drug test in his novel, he couldn't even image that stoners all over the world would create a myth about it and believe it even a hundred years after.

Can you be accused of cheating because of using goldenseal?

Some publications claim that labs now have tests specifically developed to detect goldenseal in the drug testing sample and in case it is detected, the attempt of cheating is reported.

These reports are not true. Labs detect adulteration by checking physical and chemical properties of the sample, such as temperature, color, specific gravity, etc. They do not test for any specific substances including goldenseal. Goldenseal will not show up on a drug test, so you will not get accused for cheating if using it, although you will not pass your drug test either.