Does Synthetic Weed Show Up in a Drug Test?

In recent years, synthetic cannabinoids (Spice, K2, and others) have become very popular as an alternative to natural marijuana. Cannabis users use them as alternative drugs to avoid the risk of failing a drug test because it is believed that a regular drug test is not able to detect them. Is this true? Will synthetic weed show up in a drug test? 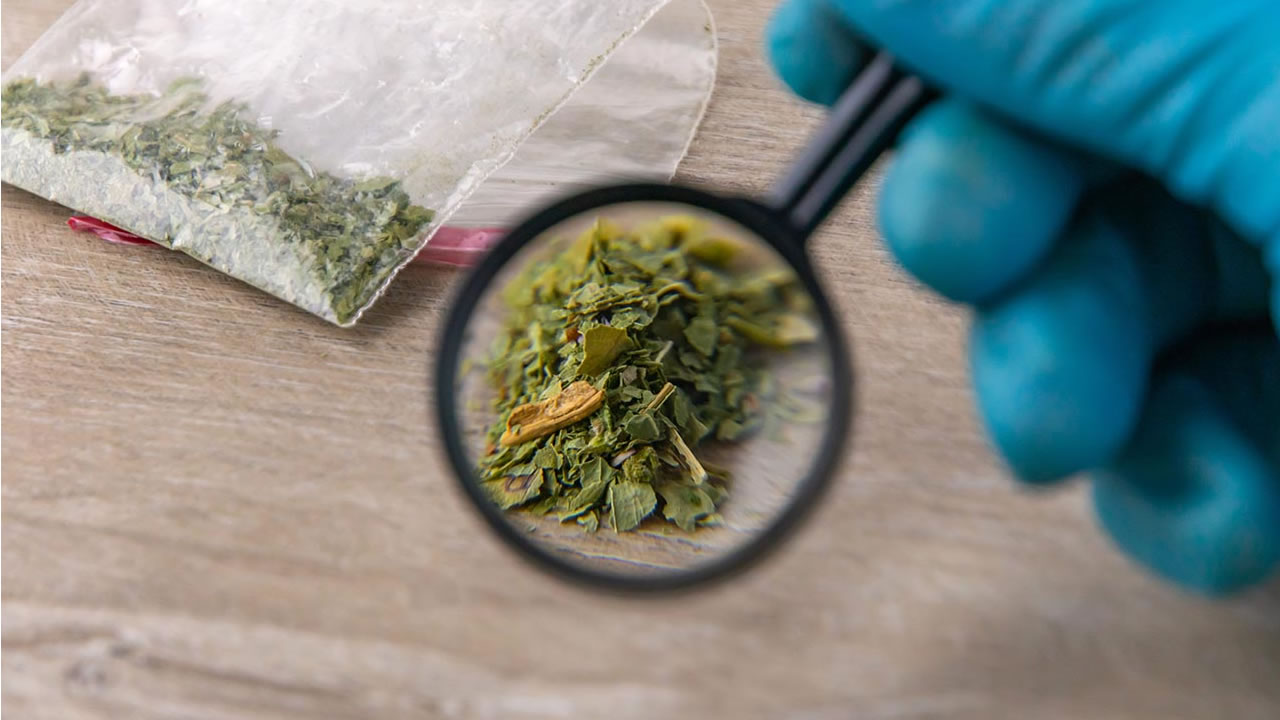 Is Synthetic Weed the Same as Natural Marijuana?

No, it's not. Despite similar effects, synthetic weed is a chemical-based product and has nothing to do with the cannabis plant. For its production, synthetic cannabinoids designed to mimic THC are sprayed on shredded or dried plant material. These artificial substances interact with the same brain cell receptors as natural cannabinoids but have a very different chemical formula.

Synthetic cannabinoids are dangerous addictive drugs. They can cause negative health effects such as tachycardia, nausea, vomiting, anxiety, hallucinations, paranoia, and psychosis. Their long-term health effects are still poorly understood.

How Long Does Synthetic Weed Stay in Your System?

Since there are many different synthetic cannabinoids, it is difficult to predict how each one will affect you and how long it will take to be eliminated from your body. According to research, they may have a much longer half-life than THC, their psychoactive effects may last longer, and their breakdown products may stay in your system for longer.

There are several factors that determine the time. The first of them is your metabolism. A person with a fast metabolism will get rid of synthetic marijuana faster. The metabolic rate is affected by personal characteristics such as age, body weight, gender, lifestyle, hydration level, and proper nutrition.

Another critical factor is how much and how often the user used the product. Frequent use of synthetic marijuana in high doses over a long period of time can take longer to clear the body than if you smoked just a couple of times.

Common drug tests, such as those used for workplace or probation testing, cannot detect synthetic marijuana because they look for THC, which is only present in real cannabis. However, there are specific tests that are designed to detect these substances. Drug testing kits that provide detection of Spice or K2 in human urine work by identifying JWH-073 butanoic acid and JWH-018 pentanoic acid, which are the two most common synthetic cannabinoids in herbal smoking blends. These tests, however, are not very common, because most people who use synthetic marijuana also use other drugs, so broad screening for more traditional substances is more cost-effective than narrowly specialized testing for synthetic cannabinoids.

How to Pass a Drug Test After Using Synthetic Weed

In order to be sure of passing a drug test, you first need to know which test will be used. As mentioned earlier, usually regular drug tests don't even check for the presence of synthetic cannabinoids. In this case, you can stay calm, provided that you have not used other substances that can be detected by a regular test.

If a specific test for synthetic cannabinoids is used, then it is important to remember exactly when you last used them. As mentioned above, in all types of tests, except hair, the drug is undetectable after 2-3 days, so you should not worry if your test is carried out 4 or more days after your last dose.

If less than 4 days have passed, the best way to increase your chances of passing a drug test is to drink plenty of water, exercise, eat high-fiber foods, and abstain from toxic substances for several days.

For a guaranteed drug test pass, we recommend our marijuana detox kits, which are effective with both natural and synthetic weed. They were designed to speed up the detox process, and help manage potential withdrawal symptoms.