The United States has the biggest problem with addiction to drugs and it is a problem that the government has tried to control with drug testing laws. These laws have been around for almost 50 years now. It began in the 1960s when soldiers fighting in Vietnam became addicted to using drugs. The army did not want the problem to spread so they were tested for drug abuse when they returned home. Now, it is used almost every day in the workplace and has become a more serious problem.

The 1960s was also the root of athletic drug testing laws. The sports industry was having a problem with their athletes and the drugs they were using. Another place that drug testing became common was in the prisons across the country. In the 1970s, the drug testing was being upgraded and become more efficient and less time consuming. The 1980s brought the workplace drug testing when Ronald Reagan began drug testing on federal employees.


Today, we don’t even blink when he hear the words “drug testing” when being hired on to a new company. It has become a huge business. There are about 15 large drug testing companies that exist in the United States; making it easy for companies to access laboratories to have their employees tested. Many companies now have it as a pre-requisite to being hired.

Drug testing has become such an easy process over the years. Now, they can have accurate results within two days. They just need a sample of hair, urine, blood, or a mouth swab and they can tell whether that person has any drug abuse problems. The industry we most hear about is the sports industry. If an athlete is seen as a drug abuser, it can bench him, if not ruin his/her career completely.

Drug testing laws go back 50 years to the Vietnam war, but they have continued on because of the common use of drugs in our country. Today, we see if throughout the country in every major corporation as well as in the sports industry. Workplace testing began with federal employees but has become so easy and efficient that most companies require it to get hired. The process has become so easy and they can have the results so quickly that it is easy for companies to require it. Drug testing is part of our everyday lives now and we don’t even flinch at the sound of it. 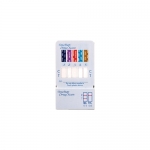