How Long Does CBD Oil Stay in System and Will It Show Up in Drug Test?

If you are an experienced cannabis user, you have already heard about CBD oil, which is gaining popularity because of its numerous health benefits, but many people who are interested in this product still refrain from using it thinking that it may cause them to fail a drug test. The questions “Will CBD oil show up in a drug test?” and “How long does CBD stay in your system?” are very common nowadays. Below we take a closer look at CBD and drug tests and answer these questions. 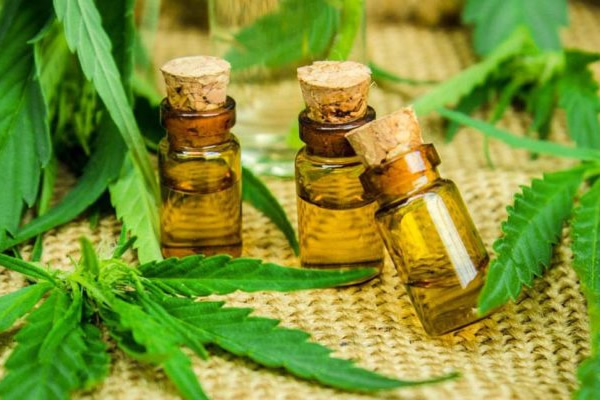 Cannabidiol, abbreviated as CBD, is one of the main cannabinoids found in the cannabis plant. It is often used in the form of oil and is very different from the more famous tetrahydrocannabinol (THC), a main psychoactive chemical compound found in marijuana. Unlike THC, CBD does not make you feel “high.” Instead, it gives your mind and body a sense of relaxation. The most common ways of CBD oil consumption is direct ingestion, adding it into edibles and vaping.

Today, CBD is increasingly being used for medical purposes because it is not psychoactive, meaning that it does not change your state of mind.

In the past, medical professionals overlooked CBD because the psychoactive properties of cannabis were better known, but this practice is rapidly changing. These days the medicinal properties of CBD are being popularized for the general public. Patients suffering from inflammation, epilepsy, cancer, and other dangerous conditions are now being encouraged to use CBD oil obtained from high CBD strains of cannabis.

How Long Does CBD Stay in Your System?

Many cannabis users want to know how long CBD stays in their body to know when to stop using it before a scheduled drug test.

It generally takes from 5 to 30 minutes for CBD to start working after consumption, and its effects will last for the next 3–4 hours. Users wlll then usually stop feeling any effects because the concentration of CBD in the blood drops significantly, but this doesn’t mean that it fully leaves the body. CBD remnants still stay in your system and can be detected.

As indicated earlier, CBD has not been used for medical purposes until recently. Accordingly, not enough credible information is available regarding how long it stays in the system. Experts say, however, that in most cases it takes about 3–4 days for CBD to completely leave your body.

Several studies have been conducted to find out the exact answer. In one such study, patients were given extremely high doses of CBD. They took 700 mg per day for six weeks. Then they stopped taking it for a week and their blood was tested for CBD.

It was found that the CBD had nearly cleared out of the system. Its levels in the blood averaged about 1.5 ng/ml after the week of not dosing, and it was almost undetectable at a later date. The estimated half-life of CBD in the body was 2–5 days for both men and women. The tests also did not show any traces of THC in the subjects.

In the aforementioned study, the extreme levels of CBD were administered and almost left the body after a week. It therefore justifies the findings that CBD will stay in your system for 3–4 days if you use it in normal doses. This time may also depend on a few other factors, such as age of the user, body weight, and method of consumption, but it cannot be longer than one week.

Can You Be Drug Tested for CBD?

Since we now know that CBD will stay in your body for up to a week, you might be worried about whether it will show up in the drug test that is coming up in few days, but there is no cause for panic. Companies do not test their employees for CBD. They test only for THC, which is the most active chemical in cannabis and a few other hard drugs.

CBD is not included in drug tests because it is nonpsychoactive, so it cannot be considered a drug. What employers want to know from drug tests is if you are using anything that could impair your performance or judgment in the workplace. Since CBD does not interfere with your state of mind, there is no reason to test for it. 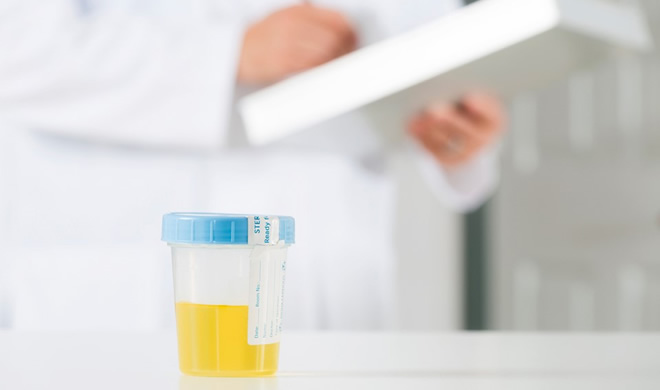 Will CBD Show Up in a Drug Test?

THC is the only cannabinoid that is tested for, so CBD itself will not show up in a regular marijuana drug test, but CBD is extracted from cannabis strains that still contain very low amounts of THC. Smoking such plants will not trigger a positive result in a drug test, but when concentrated CBD oil is produced, the THC in it becomes concentrated also, so using certain amounts of CBD oil can theoretically show up in a THC drug test and make you fail it. What are these amounts?

According to information from manufacturers of CBD products, consuming from 1,000 to 2,000 mg of CBD oil per day may cause a positive result in the THC test, but it will be a false positive. This dosage may show up on an immunoassay test, but with a verification test using accurate Gas Chromatography/Mass Spectrometry (GC/MS) analysis, the result will be negative.

Such amounts are abnormally large and unlikely used, since for most health conditions the recommended daily dosage does not exceed 300 milligrams.

Can CBD Turn into THC?

Some rumors have it that CBD can turn into THC, which concerns many CBD users who are about to undergo a drug test. This is somewhat true but only under certain conditions that are only achievable in a scientific lab—not in the human body.

Laboratory experiments conducted on CBD prove that if exposed to lab-simulated gastric acid for a long period, CBD can actually turn into THC, but this never happens in real life conditions when CBD comes into contact with gastric acid present in the human stomach because it does not stay there long enough.

How to Avoid Being Detected

Buy your CBD oil from reputable manufacturers, and ensure that the amount of THC in it is specified. The lower it is, the less chance it will show up in a drug test, but if you are not sure about the result and want to protect yourself from possible problems, you can use a marijuana detox kit as well as other methods of cleaning the body from THC. This guarantees you a successful result.

Read more: How To Pass A Urine Drug Test For Weed