How Long Does It Take to Get below 50 ng/mL?

Marijuana is legal is many states now, but employers still conduct drug tests before recruiting staff. In some other cases, when an employee is hurt in the office, drug tests are conducted to determine the cause of the accident. They are also required for sporting activities, parole, and some kinds of medical treatments.

If you are a recreational user of marijuana, you may worry about how long it takes for marijuana to leave your system and become untraceable in a drug test? Many sources say that marijuana can be detected up to thirty days after use but this answer doesn’t always right. Since there are different types of drug tests with varying levels of time periods and sensitivity, the one-size-fits-all approach doesn’t apply here.

This article will throw more light on how long it takes for marijuana to get below 50 ng/mL as well as how to hasten up this process. 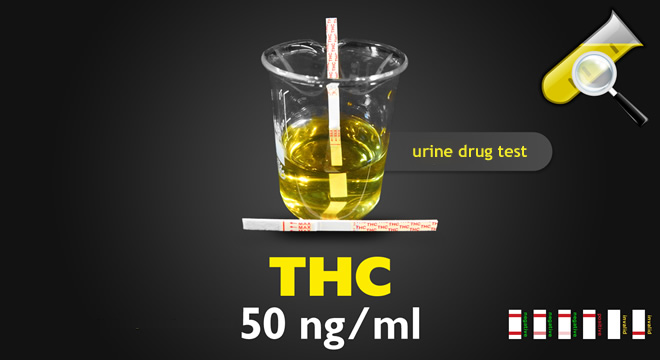 Urine tests are more common for drug detection. 50 nanograms per milliliter is usual cut off level for pre-employment THC test. This is the point under which urine tests are considered negative, and above which the tests are positive. This cut off level is established at the point which will optimize the detection of drugs while still maintaining a minimum false-positive result.

Note that negative results do not imply that the urine sample is completely free of drugs. It may reveal some level of a substance's concentration, but below the cut-off level.

The testing process happens in two steps. The first step is initial test with 50 ng/ml cut off, and if a positive result is obtained, it is sent for confirmatory test with the 15 ng/ml cut off.

The most important compound during a urine test is CarboxyTetrahydrocannabinol. Studies have revealed that one joint produces 150 to 200 ng/ml concentration of THC-COOH. The smoker's urine will have this amount in his/her urine four hours after smoking. This means that 50 ng/ml should be near one third or one quarter of a joint. However, it depends largely on your weed potency.

How Long Does THC Stay in Your System?

THC, the chemical in weed that is responsible for making users feel high, stays in the human body for days and sometimes, weeks. To determine how long THC stays in the body, there are a lot of factors to consider. They include:

Some people eliminate THC from their bodies faster than others.

Saliva tests can detect marijuana only for a couple of days, while urine tests can detect THC for up to a week and hair test for up to 3 months after use. The reason for this is the metabolizing of THC by the body. Since it is considered a lipid-soluble chemical, and binds to body fat, it takes more time to be removed from the whole body than just from the mouth.

Research conducted in 2017 estimates that one joint can be detected within 4-18 days.  It also revealed that the detection window varies and depends on how often the user smokes. A user who smokes weed regularly three or four times a week can be detectable for 5-7 days. Those who smoked once can be detectable for three days. Users who smoke more than once in a day may have marijuana in their system for a month.

How Long Does It Take to Get below 50 ng/mL?

Scientists have established that smoking 27 mg of THC in weed produced THC-COOH in the urine sample at 180 ng/ml around four hours later. Also, it was found that the THC half-life varies from 1.4 days to 4 days for occasional smokers. For frequent smokers, it may increase up to 7 days.

You can use THC calculator for predictions, however you should note, that these calculations are not accurate and may vary from person to person, depending on variables such as body mass, age, personal metabolism, and lifestyle.

Ways to Clean Your System Faster

Marijuana will get out of your system naturally within a couple of days to a month. However, if you need to pass a drug test within a shorter time, you can clean your system faster.

Speeding up the metabolism is a good way to clean the system. Exercise may come in handy in boosting your metabolism. However, it can cause a positive result when it is done too close to the test, because physical activity burns fats and releases THC into urine.

That is why the best way to speed up the THC withdrawal process and get it out of your body is to consume lots of water. Hydration interferes with the result of the drug test because it lowers the THC concentration in urine. Being dehydrated increases the chances of failing the test.

Urinating frequently is the best way to clean the system and marijuana detox kits are very helpful in this process.

Fast Marijuana Detox Kit is proved to be effective in this regard. The kit contains a bottle of QCarbo Plus Detox Drink along with Super Boost Tabs, one pack of the QChew Chewable Supplement as well as a Home THC Test Device. It cleanses your system within 2 hours and gives you a 5-hour window to provide a clean sample for a drug test.