How Long Does Weed Stay In Your System?

There is no definite answer to this question, since no one can say exactly how long marijuana stays in your system. The length of time varies significantly from person to person.

When you smoke pot, THC metabolites get caught up in the fat cells (marijuana is fat soluble) from where they are gradually released over time. This time is hardly predictable. It varies for every case from a couple of days to one month and even longer. The main factors that influence it are the amount and potency of marijuana, frequency of smoking, age, weight, and personal metabolism of the smoker, his/her lifestyle, and fluid intake. Normally, if you use marijuana on rare occasions, your urine becomes free of THC in less than a week.

How to determine your time


You can still determine your personal time by testing yourself. Buy a few home drug tests, stop smoking pot, and test yourself every day until you get a negative result. Doing this will show how long marijuana stays in your system, but do not forget that the length of time may also vary depending on various factors.


Different methods are used to detect marijuana in the human body. You can check urine, hair, saliva, blood, or sweat, but the length of time that THC is present in all these substances after smoking varies significantly, so every drug testing method has a different time range for detecting marijuana.


How to reduce marijuana detection time in a drug test


If marijuana stays in your system for a long time, removing it can be accelerated. For example, exercise and increased fluid intake are helpful, since these are among the main factors influencing the detox process, but these methods cannot be recommended for passing a urine test, since exercise releases toxins from fat into the bladder, thus temporarily increasing the level of THC metabolites in the urine, and excessive drinking makes urine look diluted, which leads to rejection of the sample.

If you need to prepare for a drug test, there are effective detox solutions available that will cleanse your system from marijuana upon short notice. For a hair test, detox shampoo must be used. For a saliva test, detox mouthwash is used, and detox drinks and pills are used for a urine test.

This best-selling detox kit will help you eliminate marijuana from your system and pass a drug test upon short notice. It includes the Herbal Clean QCarbo detox drink, QChew supplement, and a home THC test device to confirm the effectiveness of the cleansing process.

For more detailed information about how to pass a drug test and selecting the right method for your needs, please read the following articles: 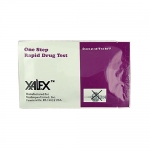