How Long Do Edibles Stay in Your System?

Those who prefer eating cannabis instead of smoking it often wonder how long THC obtained from edibles stays in your system and if it will show up on a drug test. Let’s consider the following questions: 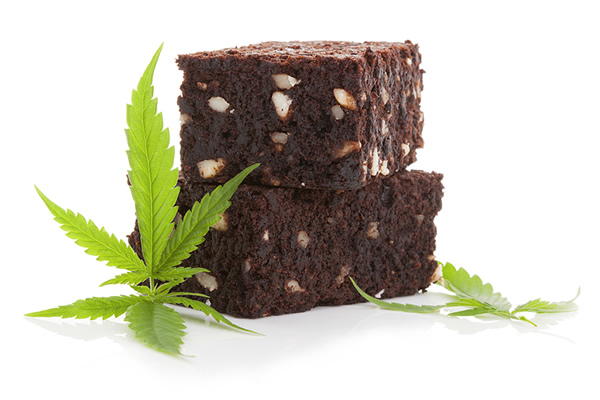 Why Do Some People Prefer Edibles?

When you think about marijuana edibles, the first thing that comes to mind is weed brownies. In fact, though, marijuana edibles are much more diverse and have different sizes and shapes. You can find various marijuana recipes, which include:

Many people prefer to ingest cannabis because of the adverse impact of smoking on our health. In places where smoking is prohibited, edibles can also be taken discreetly. Moreover, people who can’t tolerate smoking can consume them to relax.

Edibles are made by infusing cannabinoids into foods. Such products as cannabis-infused butter, hash oil, and infused oil are usually used. They contain concentrated cannabis, and people have discovered that they experience a more calming and relaxing high with edibles than by smoking weed. The effects of marijuana edibles are hardly predictable, however, and may vary significantly.

What’s the Difference Between Eating Edibles and Smoking Weed?

The main difference is how THC is metabolized. Marijuana is absorbed and excreted from the body in different ways depending on how it is taken. Anything that passes through the stomach goes into the liver first and then enters the bloodstream. This process is called first-pass metabolism. When cannabis is eaten, it is metabolized in the liver, and delta-9 THC is converted into 11-hydroxy-THC. This substance produces more psychedelic effects than regular THC.

Vaporized or smoked marijuana, on the other hand, is absorbed through your lungs, from where it goes directly to the bloodstream and brain and is metabolized by the liver only on the second pass.

How Long Does It Take for Edibles to Work?

When smoking weed, THC gets into your system much faster, but when consumed with edibles, it stays there much longer. More than 50 percent of cannabinoids enter your blood after smoking and gives you a high within 5 to 10 minutes. When you consume edibles, though, only up to 20 percent of the THC actually gets into your blood, and it can take from 1 to 2 hours to have an effect.

Your system must digest and metabolize edibles after you have taken them before you start feeling any effects, which means that THC will be absorbed more slowly than by smoking, and during that time some part of it will be removed from your system. Edibles that are absorbed right in the mouth, however, such as chocolate, may start working much faster.

Your metabolism also affects how long it takes for edibles to work. Those who have faster metabolism can start feeling the effects after 1 hour, while others who have slower metabolism up to 2 hours and even more may be needed to get high.

Herein lies the problem. When you vaporize or smoke pot, the effect can be felt almost immediately. This lets you to know how much THC you have already taken and when you’ve had enough, but if you eat cannabis-infused foods, you don’t feel the signals because they are deferred, which may lead to an overdose.

How Long Do Edibles Last?

When you smoke a joint, the THC goes through your lungs to your nervous system. The effect normally lasts from 1 to 2 hours. It starts faster, produces a relatively lighter high, and ends faster.

Edibles are completely different. Your liver metabolizes their cannabinoids and converts them into an entirely different type of THC that produces a much stronger high compared with smoking. The process takes longer to start working, but when marijuana finally gets to the brain, the user enjoys a long and very intense high, which is why edibles have a much longer effect compared with smoking weed.

Edibles usually last hours depending on the dose. The more you eat, the longer they work. The effect can last as long as 12 hours, so if consumed during the evening, you can wake up the next morning still feeling high.

Do Edibles Stay in Your System Longer?

How long a certain drug stays in your system depends on different factors. One of them is its half-life (the time required for half of the drug to get out of your body). The half-life of marijuana varies from 3 to 12 days and depends heavily on the quantity and potency of what is used as well as personal metabolism. A casual smoker will usually be clean within a week, but in some cases marijuana can stay in your system for more than a month.

As mentioned before, your body needs more time to metabolize marijuana when you consume it with edibles than smoking it. With smoking, the THC level in your system will start falling as soon as you stop feeling high, i.e., within a few hours. With edibles, however, it will rise and not start to drop until a day later.

This means that your system needs a longer time to remove orally consumed cannabis than that which is inhaled, and consumers of regular edibles can have more problems with removing THC out of the system than regular pot smokers. The difference is not significant, though, ranging from a few hours up to a day, but if you need to be clean in a couple of days (to pass a drug test, for example), this can be important.

Do Edibles Show Up on Drug Tests?

If you have THC in your body, it does not matter if it was ingested or inhaled. It will definitely show up on a drug test. So, if you want to pass it, you have to prepare. There are no specific methods to clean out your system from edibles, but you can use the same THC detox methods that are always used to pass a drug test after smoking weed.

Read more: How To Pass A Urine Drug Test For Weed