How To Pass A Supervised Drug Test While Being Watched

Thanks to the increasing availability of products that help people pass drug tests illegally, employers are becoming concerned that employees are tampering with these tests. Accordingly, supervised drug tests are becoming more common these days to complicate tampering. 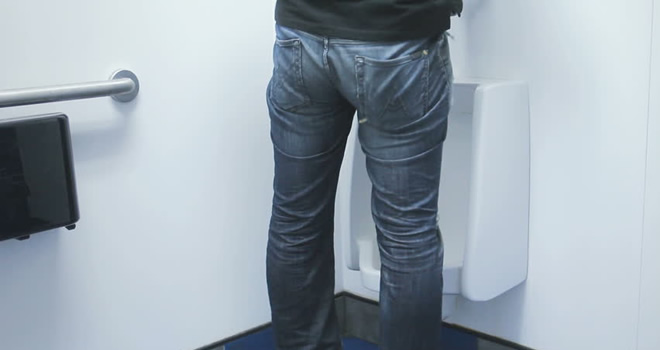 What is a supervised drug test?

As the name implies, a supervised test means that you are actually supervised by a qualified person during the sample collection procedure. There are two types of supervision: direct observation and monitoring.

The SAMHSA guidelines for direct observation require a supervisor to directly watch how a donor’s urine goes into the collection cup. Two requirements must be met: (1) no video cameras or mirrors are allowed, and (2) the observer and the donor must be of the same gender without exception.

Furthermore, according to the rules of the U.S. Department of Transportation, the individual has to be checked for a prosthetic or any other device intended to substitute a urine sample. The observer must ask the employee to raise his clothing above the navel and pull down his underwear to the midthigh level to show that he is not concealing any such device.

The observer immediately informs the collector in case the employee carries such a device, and the test is stopped. This, however, does not mean that you have failed the test. It is considered a refusal to test.

In the second type of supervised test, i.e., monitoring, the supervisor stays outside the stall in the restroom where the donor is giving the sample. He or she cannot watch how the donor urinates into the collection cup. The supervisor and the donor must be of the same gender, with the only exception being if the supervisor is a certified or licensed medical professional.

If during monitoring the supervisor hears any sound or suspects any suspicious activities possibly intended to alter a specimen, the collection process stops, and another collection under direct observation is necessary.

In both types of testing, the monitor and the observer must not lose sight of the container with the urine until it is given to the collector by the donor.

Refusing to undergo any of these tests is not a failed test but considered a “refusal to test.”

Direct observation drug tests have always been controversial because of the significant violation of employees’ privacy. Many drug testing service providers are strictly against conducting any direct observations at all, but sample collections are beneficial for employers because the chances of specimen tampering are nearly zero.

Direct observation may only be used in the following cases:

A monitored collection can be used in the following cases:

In all cases, the collector must explain to the donor the reason for a supervised collection.

The main point: A supervised collection is only conducted in specific situations, mostly if legal issues are involved.  It is not used in civil cases, such as preemployment drug testing, unless you give them a serious reason. This is established by law, and neither an employer nor a collection center can appoint it on their own. Just do not give them any cause from the list above and you will not be supervised!

How to pass a supervised drug test

As you understand now, substituting a urine sample in a supervised drug test is extremely difficult and entails a great risk of being caught.

In case of a monitored test, even if you try it, it is not going to be easy. You will have to hide the container, make no noise while opening it, handle it very carefully while pouring, not spill the liquid, and make sure it is the required temperature. You will probably even need some urination device, such as a fake penis. Of course, it must fit you like an original to prevent any suspicions.

Hiding anything is next to impossible in direct observation drug tests because you are exposed from your upper thighs to your midriff.

Since using a urine substitute is out of the question for direct observation tests, what can you do?

You can drink a THC detox drink before the test instead of doing something suspicious during the collection procedure. Drink it an hour or two before giving the sample. You should also drink a lot of water along with the detox beverage. Read the directions on the chosen product carefully and follow them exactly. Note that some detox drinks are made for people with a high body mass or who use marijuana excessively. So, select one that is best for you.

After you have the drink, your urinary system will go into overdrive. Just pee a few times after this and all the THC metabolites will go out of your system. They won’t accumulate in your bladder again for several hours, which is enough time for you to give the urine sample and pass a drug test.

Passing a drug test is possible even when you are under supervision, but you need to be extremely cautious about the steps you take—whether that is choosing a fake penis or drinking a detox drink. You wouldn’t want to land in trouble by getting caught in the act of tampering. Be very cautious.