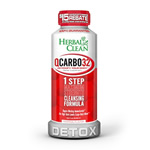 If I Smoke Weed Once, Will I Fail a Urine Test?

Many occasional smokers think they will fail the urine drug test because they smoked weed once before. Could this be true? The answer is complex. Therefore, read on, as we break down this question into smaller parts. 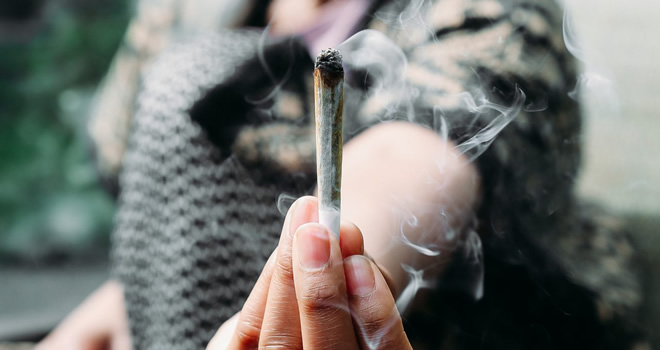 How Long Does Weed Stay in Your System?

Whether you smoke occasionally or are new to cannabis, having information about how your body reacts to weed is essential.

Marijuana contains THC (delta-9 tetrahydrocannabinol), a psychotropic or euphoric substance that stimulates part of your brain and causes a “high.” A drug test is not usually administered to detect the THC molecules in your urine but rather the waste products your body produces after smoking weed.

When you smoke marijuana, THC metabolizes in your body, which gets you high for a few hours as your body processes the psychoactive content. The end products, which are called metabolites, store in your fat cells and organs of your body from several days to several weeks until fully clean. The time it takes for the metabolites to clean from your system depends on how often you smoke, your metabolism, and the amount of fat you have in your body.

How Much You Need to Pass a Urine Test

A urine test is considered noninvasive and relatively accurate. Technically, weed doesn’t stay in your urine, but its waste products do. A urine drug screen for marijuana contains immunoassays with antibodies that are made to detect THC’s main metabolite 11-nor-delta-9 Carboxy-THC (THC-COOH).

The accepted cutoff level for THC-COOH in a urine test is 50 ng/mL, which means that your result is considered negative if you have less than 50 ng/mL; otherwise, it’s positive. When the initial urine screen is positive, a Gas Chromatography/Mass Spectrometry test will be used to verify the result at a cutoff level of 15 ng/mL.

CarboxyTetrahydrocannabinol is the most abundant metabolite that stores in the system and ultimately the compound of interest during a urine test. According to studies, the average joint gives about 150–200 ng/mL peak concentration of THC-COOH in urine 4 hours after smoking. So, 50 ng/mL is about one-fourth or one-third of a joint, but it strongly depends on your cannabis potency.

Half-life is the time frame it takes for a substance to reduce by half its initial value. The half-life of THC is not the same as how long you stay “high.”

The half-life of THC in urine is about 30 hours, which means that THC concentration in urine is reduced by half about every 30 hours. So, having 200 ng/mL after smoking a joint will give you about 100 ng/mL the next day and about 50 ng/mL 2 days after smoking.

This calculation is very rough because half-life depends heavily on many factors, such as:

Will I Pass a Drug Test If I Smoked 1 Week Ago?

Regardless of all the information about whether or not you will pass a drug test, it still depends specifically on your body and the potency of marijuana. In most cases, a week is long enough to flush THC out of your body. So, yes, if you smoked only once, you are very likely to pass a urine test after one week. After 2, 3, 4, and more weeks, chances are 100%, but 1 week is also close to 100%.

Will I Pass a Drug Test If I Smoked Weed a Few Days Ago?

The short-lived effect of THC does not prevent evidence of marijuana from lingering in your body. For as long as the chemical exists in your body, you risk failing a drug test. If you had smoked weed just a few days ago, your chance of passing is 50–50, depending on the potency of the marijuana and your metabolism. Having a few puffs will give you a THC-COOH level under 50 ng/ml in 1–2 days. After one joint, you can pass the test in 3–5 days.

Can I Pass a Drug Test the Next Day?

The time it takes for weed to get out of the system depends on how often, how much, and for how long the user has been smoking. If you don’t have a history of marijuana smoking and you had just a few puffs, it’s possible but not guaranteed that you will pass a drug test the next day. After a joint or even half of a joint, you will fail.

Can I Pass the Urine Test in a Few Hours?

Surprisingly, yes. As was said before, urine tests check for THC-COOH, not THC itself. THC-COOH is a metabolite of THC, and the body needs some time to metabolise THC into THC-COOH and excrete it through urine. According to studies, the peak concentration of THC-COOH in urine comes about 4 hours after smoking. So, 1–2 hours may not be long enough to accumulate 50 ng/mL in urine so that you can pass. This is why saliva tests are used to detect recent cannabis use.

So, the main question is:

Will I Fail a Urine Test If I Smoke Weed Once?

Several factors can improve or decrease your chances of passing a drug test. Studies have shown that occasional smokers can pass a urine test in a few days.

If you had just 1–2 puffs, the chances are that you will pass even the next day if your strain was weak.

If you had a full joint, you would fail in the next few days, but it’s impossible to say for sure how many days you would need to get clean. It depends on weed potency and your metabolism.

You will pass the urine test for sure about one week after smoking weed once.

This information is for only one smoke, not for regular users! Even if you had smoked a few weeks ago, some residue might stay in the body and affect test results.

The calculations above are rough. In the end, it all depends on weed potency and your metabolism! You should not rely on this information when preparing to pass a drug test.

To know if you are ready for a drug test, you need to be able to determine the number of metabolites in your urine. You can use the THC calculator to calculate your approximate level of THC-COOH. It also helps to understand the probability of passing a test.

When your chances of passing a drug test are slim or you are not sure about the result, use THC detox kits that clear THC metabolites from your system. They include high-quality detox drinks that will help dilute your urine. These detox drinks contain vitamin B and creatine that will help hide that your urine is diluted.