Drug testing by employers in the United States is very commonplace and can be done in various types of situations, like during the hiring process (pre-employment screening) or random drug testing on workplace to make sure employees maintain drug free without singling anyone out. However, the passive and carefree American rules and regulations of drug testing can be bizarre or even offensive in countries and cultures outside of the United States, because of different standards for privacy. Nevertheless, a lot of corporations commonly take it upon themselves to enforce these rules internationally on employees working in their foreign subdivisions.

Most U.S. based companies, when first branching out, force their rules, handbooks, policies, and ideologies upon all international employers and divisions they create. These policies include rules for job hiring and workplace relationships based on the U.S. traditions and laws for employment and dismissal.

This is the cheaper lazier way to do business internationally, instead of actually doing research on legal acts of the given country and culture, so when problems arise they use their innate knowledge and policies to deal with employees instead of the actual laws of the country. This problem however is exacerbated when it comes to dealing with drug-testing polices for both current employees and job applicants as well.

Other countries usually give their employees better privacy policies and more anonymity when it comes to the relations between company and its workers, as this attitude is not only a cultural part of workplaces outside of the United States, but also their legal right. This employee empowerment is a serious matter, which can result in being sued for trying the American way of dealing with drug tests and other invasive workplace procedures.

In Europe, for example, the employees are given much more rights when it comes to labor relations, and unlike the United States, in most countries the employers cannot simply fire them at-will, whenever they want it without consequence. In the U.S. firing is much less complicated, so if you do not like an employee at your company you may just dismiss him or her anytime you want without explanation. And it doesn’t matter whether it was because of their work ethics or quality, or even general attitude, whatever the grounds might be, as long as it's not against contract and HR policies, whereas in other countries you must provide a valid excuse for dismissal or risk getting sued. This is a much better policy from an employee's perspective, as it gives them far more job security, however most employers who branch out and hire people internationally do not seem to understand this.

Specifics of Other Countries

Other countries have recognized the medical privacy as a serious issue, and emphasize that it is impermissible to force any kind of drug or alcohol testing on employees without a significant reason. For example, in Canada random alcohol testing can be conducted only in safety-sensitive positions in case of real evidences of workplace problems caused by substance abuse. The Supreme Court of Canada requires that even if your employees are using alcohol you must prove there is a safety risk exists.

In a lot of European countries employees have much more privacy rights as compared to the U.S., so their laws sometimes prohibit drug testing at all. This includes such countries like Finland or Belgium where job contracts can be invalidated if they contradict basic human and privacy rights, as well as the Czech Republic and Poland, where alcohol and drug testing of any kind is prohibited except for special circumstances. In France drug testing is allowed only if occupational physician recommends it, while in some other countries you must file multiple reports, where you have to prove that the use of a substance by the certain employee caused serious safety issues. Even the workplace safety doesn't matter, although there is great cause for concern that someone may work under the influence of drugs with heavy and dangerous machinery such as in manufacturing jobs.

In some parts of the world (for example in China or India) drug testing usually is not conducted, because many of substances we consider as illicit drugs may be legal and generally available and no form of treatment or rehab program exists for drug addicts either. This is a surprise to most corporations located in United States where drug abuse has serious fines and even jail time.

What Can Be Done?

To avoid the problem of non-compliance to the local laws, every company, which is going to open international offices and needs human resources department to hire staff, must take time to research the laws of each country and should not try to implement its U.S. policies abroad without required changes.

Make sure you have written drug testing policies in your contracts, which set up all possible types of tests and disciplinary actions in case of positive results. Your workers must understand clearly what to expect. Also, remember that all people make mistakes and can have problems with drugs or alcohol, so include in your policies all possible information about counseling, addiction help, treatment and prevention for those employees who probably will need them. 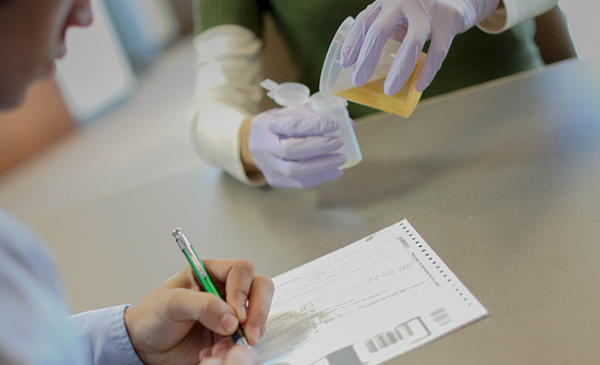 Generally speaking, broad testing is not recommended as it may result in many problems. You should test your employees only in case of reasonable suspicion or it is a dangerous job with serious limitations and occupational hazards which could hurt the employee or company property. If testing is inevitable, apply the least-intrusive types of tests and check only for those substances that really can influence the safety of your workplace.

Also you should know that in a lot of countries drug addicts are considered as disabled and are protected by the corresponding laws.

To summarize, always adhere to the countries laws and basic human rights as well as anonymity and privacy of your employees and job applicants. To avoid getting sued, explore the legal acts of other countries, use drug testing procedures as rare as possible - only when it is essential, and do not use them, where it may be unnecessary or illegal. Substances with the real threat to performing the job should be the only ones ever tested for. It is very important to realize that in other countries drug testing can be recognized as a form of discrimination and drug users can be protected under special disability acts and laws.