Synthetic Urine: Does It Work, How To Use, Best Brand and Where To Buy 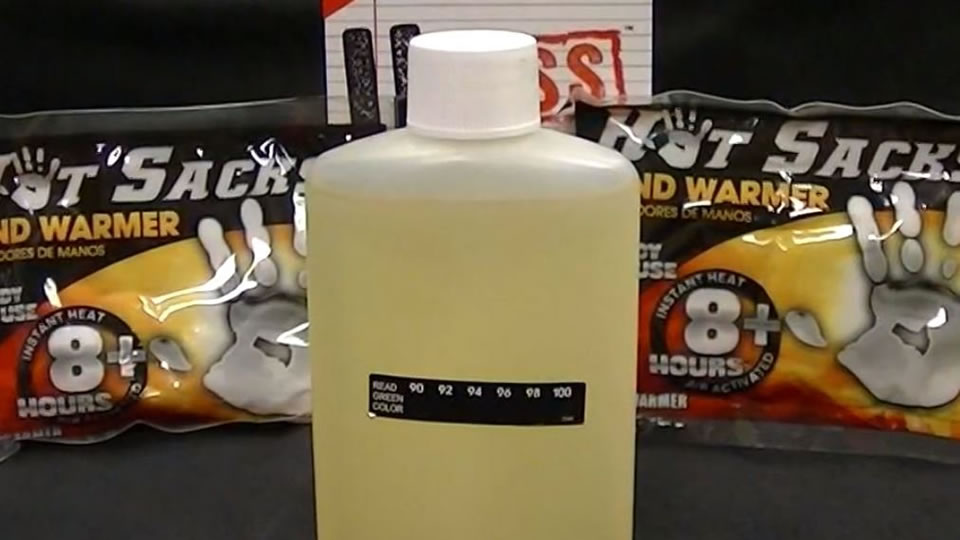 What Is Synthetic Urine?

Synthetic urine is a liquid artificially created to imitate the physical and chemical properties of human urine in order to calibrate urine testing equipment in labs. But also, it is widely used for passing drug test by replacing the tested person's sample with fake one.

Yes, synthetic urine works. Drug testing laboratories in the United States usually do not perform genetic tests on urine specimens. Standard laboratory equipment just checks sample for certain drugs and toxins and whether it has been diluted or adulterated. If you use synthetic urine, you can check its integrity just by buying drug adulteration test strips that can check specific gravity as well as pH and creatinine levels and other substances that labs check. If your urine sample passes standard integrity test and has temperature between 90°F and 100°F, you will pass drug test for sure.

But this answer is not complete. Now labs are informed about synthetic urine and they can perform an additional analysis on the sample if they have reasonable suspicion that it was used. Also, you should know that use of synthetic urine is a felony in some states.

How Much You Need

In most cases 2 oz is enough, because according to the United States Department of Health & Human Services regulations collector must accept this volume if the donor is not able to provide any more. But sometimes more synthetic urine required, for example in case of spill or if you don’t want to attract too much attention while arguing with collector. This is why 3 oz bottles exist also.

How To Use Synthetic Urine

For passing urine drug test you should substitute your sample with the synthetic urine without being noticed. If you do everything right and don’t draw any unwanted attention to yourself and your specimen, nobody will check your urine for identity. Just few simple steps required for this.

First of all, you must ensure your sample has normal urine temperature, because this is what collectors check in the first place. As it was mentioned before, the temperature must be between 90 and 100F (or between 32C and 38C for places where metric system is used). You can warm up your synthetic urine either by microwaving it, if you need to do it fast, or by using hand warmers or own body heat if you’re not in hurry and have hours before test. You can check the temperature with the special temperature strip usually located on every bottle of the product.

After that you just have to pour fake pee into collection cup and relax. Sounds easy, but nowadays most of tests are supervised and sample substitution requires some preparations. The easiest way is to buy synthetic urine belt with plastic bag and tube. You will have to pour liquid into the bag first, and then release it through the tube with the help if switch during the sample collection procedure. In difficult cases, when you are supervised too close, you will need a device called Peepack, which acts similar to synthetic urine belt but has a prosthetic device that simulates appearance of a penis with pressure release valve inside. This device is more expensive, but it guarantees your trick will not be disclosed.

After filling the collection cup you should give it to the sample collector as soon as possible until the liquid has cooled down.

How To Keep It Warm

If you have few hours before the test after you have heated the bottle with synthetic urine at home, you need a way to keep the required temperature stable. Usually it is done by using special heat packs that provided with the most well-known commercial products. Such packs can save the temperature for up to 8 hours.

Another simple method is using own body heat. You can attach the bottle to your body with the help of elastic band or just put it under clothing. Inner thighs, armpits, underwear and bras (for ladies) are best for this. This method is good because you will be ready to go to testing facility at any moment, but the obvious disadvantage is that wearing the bottle under your clothes during all day can be quite uncomfortable.

Unlike real urine, the artificial one can be stored for years. Most products have 2-3 years of shelf life and do not even require any special maintenance like freezing or cooling. Also, another great thing about this product is that it can be reheated the unlimited number of times, so if you prepared for drug test once, but for some reason did not use your fake pee - you can put it back in your storage and use later.

The Best Brand Of Synthetic Urine

There are a number of brands on the market right now, among them are: Ultra Pure, UPass, Synthetix5, Magnum, Sub-Solution, TestClear, Golden Shower, Monkey Dong etc. The most popular brand now is Quick Fix, which received a lot of positive reviews from consumers, so can be definitely recommended to everyone who want to pass a drug test.

Unfortunately our store does not sell synthetic urine anymore due to the legislative restrictions of our state, but you can still buy it in other online stores.

Is It Legal To Use?

Firs of all, this question is about legality of drug testing. There is no the only opinion about it. Officially drug test became legal in 1986 when president Reagan signed the special executive order. But many lawyers consider it unconstitutional, because of 4th Amendment to the Constitution of the US that guarantees

The right of the people to be secure in their persons, houses, papers, and effects, against unreasonable searches and seizures

Many federal and state courts in the US ruled drug testing unconstitutional. From this point of view using synthetic urine in drug test is protection of your privacy, guaranteed by Constitution. In most states you can buy synthetic urine and use it legally. As of 2015 it is officially prohibited in AR, NC, OK, MD, IL, VA, SC, KY, NJ, NE, TX, FL, PA.

Where It Is Used

Synthetic urine was designed for laboratory use. Organizations such as drug testing laboratories, institutions and researchers use it to calibrate their drug testing equipment. Staff checks the accuracy of equipment by testing urine samples that were intentionally mixed with some toxins or chemicals. They cannot use real human urine for several reasons: it smells bad, foams and must be kept frozen during shipping, as decays fast if not cooled. Also, before taking human sample, donor has to be checked thoroughly for drugs or diseases, that can spoil sample. Moreover, every human has its own body chemistry, so different people have different urine composition. That causes troubles for consistent researchers. Synthetic urine was created to avoid all these problems.

Now synthetic urine is used for next, sometimes specific, purposes:

Human urine contains a lot of different organic and inorganic substances. All of the components are either products of cellular metabolism or have been derived directly from food that people eat. The normal ratio of organic to inorganic components is about 3.5/2.5, although usually it varies from subject to subject.

The basic inorganic components are chlorides, sulfates, phosphates and ammonia. Sodium chloride is about a half of all inorganic substances. Normally, there is very little of ammonia in fresh pee, because of its toxicity. But eventually, if urine stands at room temperature for some hours, the level of ammonia grows because of the breakdown of urea by bacterial action. So, a small amount of ammonia may be included (but not necessarily) in the synthetic urine to simulate the ammonia present in not fresh human urine.

Synthetic urine must have a temperature about 90-100°F to be an acceptable specimen. Usual synthetic urine formulation has a specific gravity about 1.00-1.035, a pH about 4-9 and a total solids content about 1.5-6% by weight. It necessarily contains urea, creatinine and water, and optionally includes a uric acid, a buffer, such as a phosphate buffer, phosphorus, potassium, calcium and a source of sodium.

The synthetic urine, that is created to calibrate the drug testing equipment, can contain a suitable amount of a drug substance, that equipment is intended to identify. Such mix helps to make sure that the equipment is functioning in the proper way. Mostly, this substance is Cannabis or its active component TetraHydroCannabinolic Acid. Sometimes this is Cocaine or its main metabolite Benzoylecgonine, opiates such as Morphine or Heroin, Amphetamine, PCP, Acetaldehyde, Ethanol etc. Sometimes such substances as Acetyl Salicylic Acid or Acetominophen can be mistaken for drug metabolites. To rule out this possibility they can be added to synthetic urine that is used for a negative control in drug test.

Synthetic urine can have not only normal concentration. Also, it can be in powdered and concentrated form. The concentrated product can have the form of a liquid or gel, and sometimes even paste, and can contain some carrier, for example a water-dissolvable pectin matrix. The concentrated and normal synthetic urines are usually stored separately from the heat activator, that is added only when needed to heat the compound to the required temperature. The powdered product sometimes can be mixed with the heat activator and sometimes can be provided separately. To save the storage space, a dried synthetic urine is frequently used and mixed with water to form a liqiud mix when needed.