What Can Cause False Positive Drug Test?

Every year more than a hundred million of drug tests are conducted in the United States, however, 5-10% of them return false-positive result and 10-15% false-negative. Here are few things you should know about different products that can make you fail a drug test.

Products that cause false positive result:

Vitamin B supplements, especially riboflavin (B2 vitamin) and some herbs containing B vitamins can cause false positive result for THC (the psychoactive component of marijuana). Though most of the riboflavin is produced synthetically, some companies made it of hempseed oil, which can show traces of THC in the urine.

Ibuprofen and other non-steroidal anti-inflammatory drugs (NSAIDs) can cause false-positive result for marijuana (as well as for barbiturates and benzodiazepines) in urine screening test. To avoid this, it’s better to replace ibuprofen with aspirin if you are going to take the drug test next day. Aspirin is also recommended, because it decreases signals of EMIT assay, what increases your chances to pass initial test.

In test for Opiates

Poppy seeds – simple poppyseeds bagel can give false positive result for the drug test because poppy seeds contain traces of opiates (opium and codeine). Studies show that these traces are enough to show up in the urine during two days after eating. 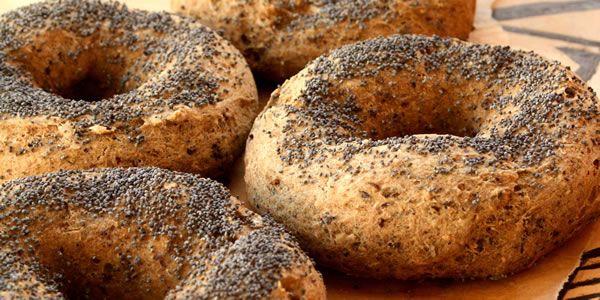 Tonic water is another harmless product that can lead to false-positive result. Tonic or quinine water was originally used to supply the antimalarial drug quinine from the bark of cinchona tree in South America. According to the latest studies, drinking large amounts of tonic water can cause the presence of traces of opiates in the urine, thus leading to a false-positive drug test result.

In test for Amphetamines

Cold remedies that are used to relieve symptoms of cold can also cause false-positive drug test result due to their main ingredient - pseudoephedrine, a synthetic amphetamine usually used to produce methamphetamine.

What cannot cause false positive:

Though passive inhalation of marijuana has been considered a cause of a false-positive drug tests for a long time, recent studies show that only two out of eight passive smokers hardly reach the level of 20 nanograms of THC per milliliter of urine in their samples. Given that the standard cutoff level is 50 ng/mL, second-hand marijuana smoke is very unlikely to give a positive result in a drug test.

Other products sometimes considered as possible cause of false positive results for marijuana are foods containing hemp oil or seeds. Hemp products can be found in different nutritional supplements, salad dressings or cold-pressed cooking oil. Even usual granola bars may contain hemp seeds with low levels of THC. For this reason, US soldiers are not allowed to consume some kinds of snack bars. However, studies show that it is very unlikely for hemp products to cause positive drug test results as the highest concentration of THC in the urine of those who consumed them during 10 days in a row was only 5.2 ng/mL, which is far lower than the standard 50 ng/mL cut off level.