What Is a False Positive Drug Test?

A "false positive" means that you get a positive result when you should have gotten a negative result, because you didn’t use any drug for a long time before the test and your sample is free from drugs. It is also known as false positive error or false alarm. False positive result is always stressful in case of drug tests, and can hold serious implications. 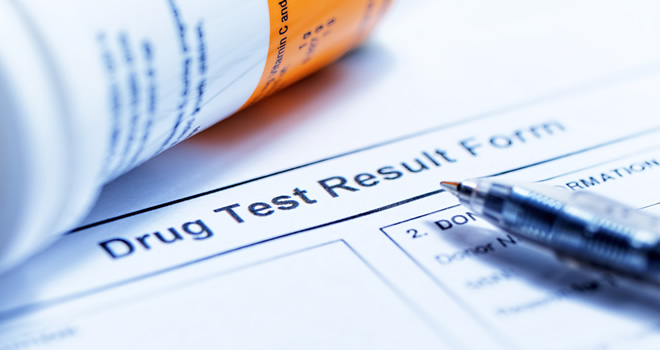 What Medicines Can Cause False Positive Result?

Cough and cold products such as dextromethorphan are known to lead to false positive results for opiates and phencyclidine (PCP). Dextromethorphan is a chemical that is related to a narcotic analgesic, levorphanol. When consumed, the body metabolizes codeine contained in this drug into morphine, and the substance may be shown in the result.

Efavirenz is an important component in HIV medicine which is reported to cause false positive outcome in drug tests. In a report, 49 out of 50 people consuming Efavirenz tested positive for benzodiazepines. Additionally, in another report, the use of efavirenz at times was tested false positive for marijuana usage.

Dosage of sertraline or Zoloft that exceed 150 mg/day can result in false positive. In one study, more than 500 positive results for drug screens for benzodiazepines were seen while using sertraline. However, all those samples came negative when tested with GC-MS. A confirmatory test can always distinguish zoloft from benzodiazepines.

Diphenhydramine which is an antithistamine substance found in allergy medications such as Benadryl and Advil Tylenol can cause false positive result also. If you consume medications with Diphenhydramine prior to your drug test, it might show positive for PCP or methadone.

Read also: 17 Legit Things That Can Make You Fail A Drug Test.

How to Avoid False Positive on Your Drug Test?

As we have learned in the above section, some of the medications and products may result a in false positive on the drug test. If you are taking a drug test in coming days, here are some things that you can do to avoid the chances of such unwanted result.

1. Be aware of the medicines that you take

Drinking coca tea reported triggering false positive result for cocaine. In a study conducted in 2006, five out of five people who drank coca tea prior to 36-hour of the test were shown as positive for cocaine. So it is advisable to avoid coca tea if you are taking a drug test soon.

Poppy seeds are often found in bagels, pastries, rolls, etc. and may cause a false positive results for opiates in urine drug tests. Consuming a single poppy seed bagel can significantly increase your chances to fail, because there is no way to distinguish between the consumption of poppy seed and morphine or heroin. The content depends on the source and processing of the seed. Processed poppy seeds are reported to contain less opiate amount as opposed to raw poppy seeds.

4. Stay away from the second hand smoke

Being in the same room as someone who smokes marijuana can also make you fail a drug test. A study was conducted on 12 people, in which six people smoked marijuana, and six people were simply sat next to them in a sealed chamber. After an hour the drug test was conducted, and some of the non-smokers were tested positive for marijuana.

What Are the Possible Consequences?

Even though you have never used any sort of recreational drugs, a perfect opportunity can slip away from your hands if you get false positive result in the drug test. While false positive is not a frequent occurrence, it does occur. Around 15% of drug tests are registered as a false positive or false negative. The implications of false positive drug test can be devastating for an individual as it can result in loss of employment for job applicants, and arrest, or incarceration for those on probation or parole.

Can You Retake the Test after False Positive Result?

Generally, companies will allow you to conduct a test again if you can confirm that you are taking certain prescribed medicine. During the time when you do take the test again, make sure you avoid all the things that can possibly result in false positive. If you cannot stop taking certain medication, ensure to bring them to tests and show it to the tester. Sometimes results come wrong simply due to the error on the tester's part, so it is important that you talk to the concerned person if your drug test shows a faulty result.

During drug tests, the sample is often divided into portions. One is taken for immediate testing, and another is saved for later in case the need for retest arises. If you don't take any medications and don't use any recreational drugs, you can request the company to take a retest with the saved sample.

Lastly, in case you think your test results are being hampered, or you are not given the rightful opportunity to retake the tests, then you can take legal assistance and protect your rights.

Testing false positive on your drug tests can hold serious implications. However, you can be more prepared if you are equipped with the right knowledge about all the possible problems that can occur during the drug tests.

Above is everything that you need to know about false positive on the drug tests. Understanding these details will help you prepare ahead and ensure that you get the most genuine results. And, even if you fail your drug test, you will be aware of your rights and take all the necessary steps.