Why Passing NFL Drug Test Is So Easy?

The case of Aaron Hernandez has stirred controversies on NFL’s drug policies. The NFL player, who has been accused of murder multiple times but always manages to get away with it, was suspected of smoking pot on a regular basis based on testimonies. 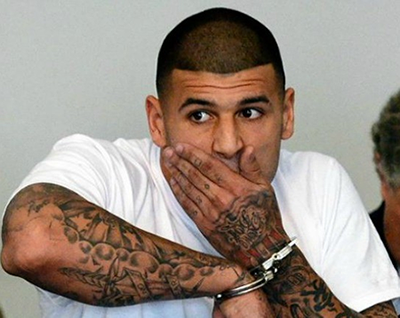 Alexander Bradley, one of his former close friends testified that Hernandez purchases from 1 to 4 ounces of marijuana from him at least once a week and smoked as much as an ounce of marijuana a day. Another testimony came from Hernandez’s fiancée saying that he often smoked pot together with Odin Lloyd, in whose murder Hernandez was accused later. Marijuana and Hernandez’s DNA were recovered at the crime scene. Despite these strong allegations against Hernandez, he did not miss any season of NFL, so the big question here is “How he could pass NFL’s drug tests?”

The National Football League has two drug policies, one for the performance-enhancing drugs and the another for substance abuse. Included in the list of banned substances of abuse are marijuana and PCP, which are the substances allegedly used by Hernandez. For substance abuse, players are randomly tested once a year between months of April to August, but usually done at the start of the training camp where everyone is gathered, as it would be much cost-effective. If you pass the test, you will not be tested until April-August the following year.

Hernandez himself admitted that he had used marijuana when he played for the University of Florida. One of the former medical personnel stated that drug testing for substance abuse is predictable therefore it is easy for players like Hernandez to pass it. Some would even throw smoking parties after they have completed the drug test, revealed by one of the agents. One of the medical personnel came up with a plausible conclusion that Hernandez might have stopped smoking marijuana by June then passed the test in July and started smoke again for next 11 months just until the next drug testing period starts.

Considering Bradley’s statements to be true, Ben Volin of Boston Globe came up with possible scenarios in addition to the hypothesis of the medical personnel. One is that Hernandez might have passed the drug test by always keeping some masking agents with him. It could also be possible that Hernandez failed his first drug test then was placed into stage 1 of the drug rehab program but passed the succeeding drug tests and eventually was released from the program. Upon reviewing the drug policies of NFL, there could be a lot of possible strategies to pass the drug test. In other words, it is very easy to get marijuana out of the body and beat the NFL drug test. All it requires is a bit of discipline to restrict oneself from smoking pot for a month or so before the scheduled drug test. As the way most people see the policy, it is likely intended for those who are extremely dependent to marijuana that they could not stop smoking even if they are aware of the upcoming drug test.