Will Propylene Glycol Show Up In A Drug Or Alcohol Test?

Have e-cigarettes come to replace traditional tobacco cigarettes? As we all know, tobacco cigarettes are unhealthy and the primary cause of millions of fatalities that occur each year around the world. Regular cigarettes are composed of poisonous substances (tar and carbon monoxide) that are known to trigger severe health issues, such as respiratory illnesses and various types of cancers. As a way of eradicating these devastating health concerns, e-cigarettes were introduced to reduce the severe effects of tobacco for most avid smokers who can’t really quit smoking.

To make vaping a breeze, e-cigarettes contain many components in the e-liquid, one of which is propylene glycol. Since propylene glycol is a chemical compound from the alcohol class, many vapers are concerned about its effect on alcohol and drug test results. Let's consider this issue in detail. 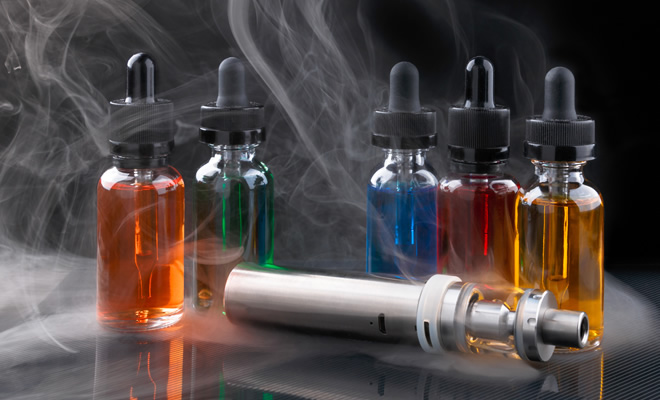 What is propylene glycol, and where is it used?

For those who are not familiar with this substance, propylene glycol is an organic compound or rather a synthetic liquid used in manufacturing consumer and industrial products.

Approved by the FDA as a safe chemical compound, PG has been widely used in the cosmetic and pharmaceutical fields. Some of the major uses of this synthetic liquid include:

Although we’ve mentioned some common uses of PG, most smokers looking to switch from traditional tobacco cigarettes to e-cigarettes are quite hesitant, as they’re not sure about what they’re putting into their lungs.

Several ingredients are commonly added to e-liquids, such as flavorings, water, nicotine, vegetable glycerin, and propylene glycol. Propylene glycol is usually the base or carrier of nicotine and flavorings, which are the main ingredients because they give taste to the e-liquid. Since it’s relatively thin in consistency (low density), PG is easily absorbed in the atomizer, giving vapers the throat hit effect they crave so much. Propylene glycol is tasteless and odorless, meaning it doesn’t alter the flavor of the e-liquid.

Now, one downside of propylene glycol is the strong throat hit (similar to that of regular cigarettes) that is known to cause allergic reactions for some e-cigarette users. Sometimes the effects can turn from mild to serious irritations in various parts of the body. To avoid this problem, propylene glycol is usually mixed with vegetable glycerine (VG). Known to cause less throat hit, vegetable glycerine is thicker and has a slightly sweeter taste that makes the e-liquid sweeter. This is the downside of VG because a sweet taste tends to mask the flavors in the e-liquid.

How long does propylene glycol stay in your system?

Most vapers switching from traditional tobacco cigarettes to e-cigarettes have been asking this question more often. Used as an additive in processed food as well as in cosmetic, industrial, and pharmaceutical fields, propylene glycol is a nontoxic chemical compound that doesn’t cause any lethal health concerns like ethylene glycol, which is a very similar chemical substance.

Propylene glycol is metabolized by the liver, where it’s converted to lactic and pyruvic acid and then to CO2 and water during the metabolic cycle. These acids are normal products and completely nontoxic with zero bioaccumulation (meaning they don’t cause any buildup in the body). Except in rare instances (for people with allergic reactions), propylene glycol is metabolized and excreted from the body in approximately 48 hours.

Will propylene glycol show up in a drug test?

Definitely not. Common drug tests are conducted to detect the use of drugs, such as marijuana, cocaine, opiates, and amphetamins. Propylene glycol refers to a class of alcohol according to the chemical classification, which means that it will definitely not show up in a drug test.

But, if it is an alcohol, the more relevant question is:

Will propylene glycol show up in an alcohol test?

Also no. Alcohol tests check only for the presence of metabolites of ethanol. For example, the widely used EtG test checks for the presence of ethyl glucuronide in urine, which indicates recent alcohol consumption. Since propylene glycol is another form of alcohol with a different chemical formula, it has different metabolic products, so it will not cause a positive result in the EtG test. PG will also not show up in other alcohol tests.

Vapers might sometimes use ethanol (which is the usual type of alcohol used in alcoholic drinks) as a solvent for flavorings. Some of the common occasions include:

In such cases, the e-liquid may contain up to 23.5% alcohol and even impact psychomotor performance as drinking alcohol does. Since the EtG test is very sensitive and able to detect traces of ethanol even 80 hours after use, it may be positive if you vape an ethanol-based e-liquid, but it’s only the ethanol present in the e-liquid that can cause a positive test result, not the propylene glycol.

Besides, vape may show up in a drug test if e-liquid contains THC, while e-liquid with CBD is unlikely to show up even in tests for marijuana.

So, if you’re an avid smoker looking to transition from traditional tobacco cigarettes to the newest e-cigarettes, this article has given you all the information you need to help you pass your alcohol test.